Many of the titles in Church Missionary Society Periodicals evolved over time, reflecting the changing aims of the societies. The development of technology, attitudes and ideals can all be seen in the periodicals of the CMS, the Church of England Zenana Missionary Society and the South American Mission Society. As there were many different faces of the Society periodicals throughout the years, here is a brief history of the titles featured in this resource. This is not an exhaustive list of the publications featured in Church Missionary Society Periodicals, only those long-running publications that were subject to title changes. For the full resource details, see the Documents tab.

The Missionary Gleaner continued until 1870, when it ceased production and was replaced with the more modern Church Missionary Gleaner. Alongside this periodical, the CMS Gleaner Pictorial Album was published in three volumes between 1887 and 1888 and featured highlights of the Gleaner illustrations, whilst the CMS Missionary Atlas was published in 1896 and featured a brief history of the CMS missions alongside detailed maps and other data. The Gleaner was successfully circulated until the 1920s and eventually changed its name and style in 1922 to the Church Missionary Outlook, which continued until 1972. Church Missionary Outlook then became Yes Magazine, which featured an increasingly modern look but still focused on missionary and society activities. 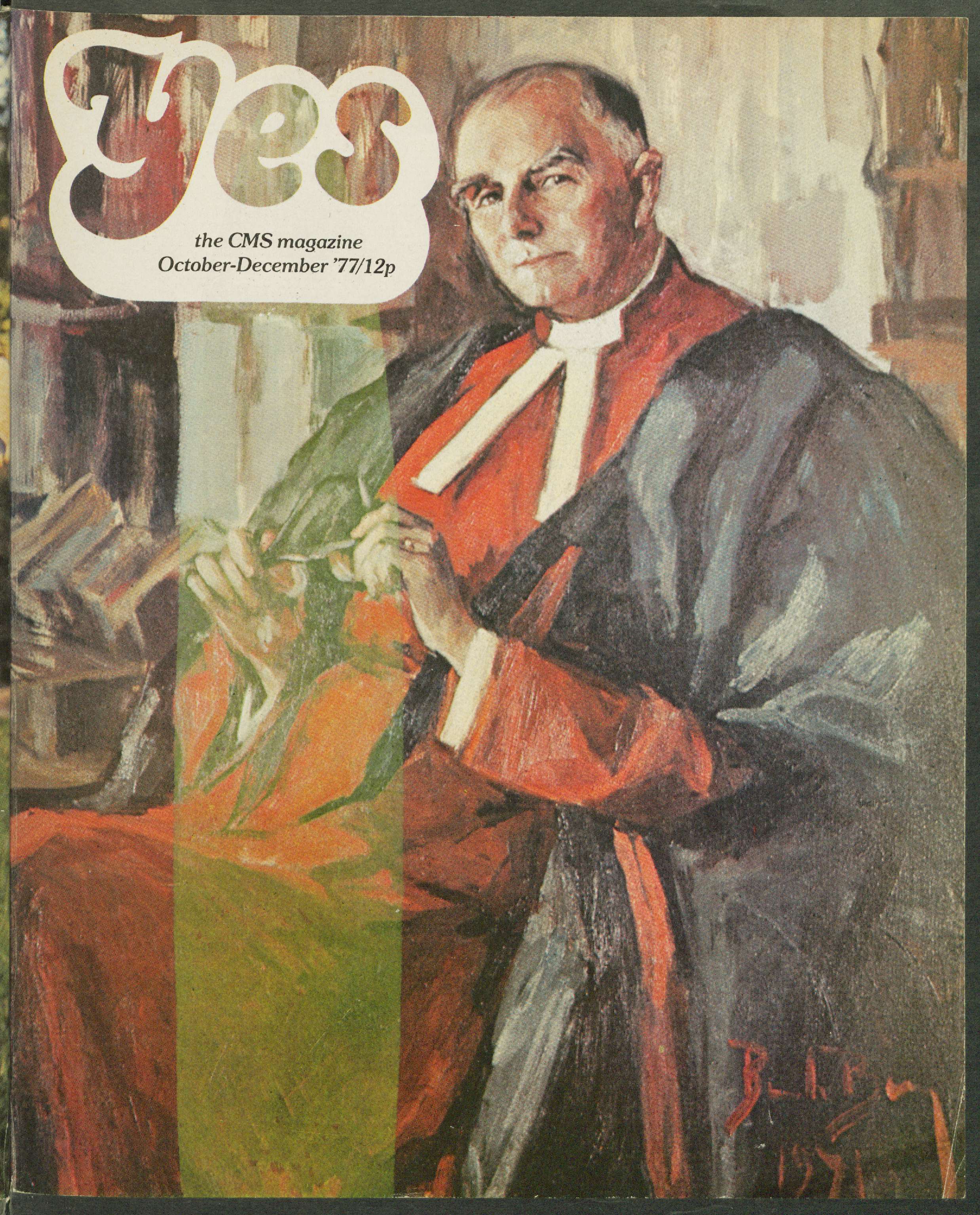 When new work in Ruanda developed in the 1920s, the CMS Ruanda Medical and General Mission was established in 1921 as a CMS offshoot to the Ruanda mission and subsequently published the quarterly Ruanda Notes periodical, a periodical that started as a series of letters from the missionaries and became a published periodical that included articles and reflections as well as letters. 1946 saw the publication of Junior Ruanda Notes, a twice-yearly publication aimed at children. Ruanda Notes ran until 1971, when it was renamed Partners Together to reflect the relationship between CMS and the African churches. It focused on mission activity in Rwanda and the surrounding area. In the 1990s, the Ruanda Mission becomes known as Mid-Africa Ministry and published the first issue of MAM News in 1999.

Before its merger with the CMS, South American Mission Society (SAMS) published its exploits in a long-running periodical. It began as The Voice of Pity for South America, which ran from 1863 until it was renamed The South American Missionary Magazine. Similar to the CMS publications, these monthly serials featured news, stories and illustrations of the society’s activities in South America. The South American Missionary Magazine ran until 1961 when it was renamed Sent, which it remained until 1974 when it became Share, which ran until 2006. This last change in name was intended to reflect the society’s growing relationship with the Latin churches, which over the years had become increasingly autonomous. From the 1980s, the periodicals would frequently feature supplements entitled Prayer News, Partners News, Partners Prayers and other variations that served as pamphlets designed to provide highlights and prayer requests for various missions.

CMS Awake! was published in 1891 for ‘humbler and less educated readers’. It underwent a slight design and name change in 1892 to become CMS Awake! A Missionary Magazine for General Readers and continued as such until 1922, when it became Eastward Ho!, running until 1940. As Awake, it was designed as a periodical for more general readers, sharing a small number of stories from the mission field for a wide audience.

The Quarterly Token for Juvenile Subscribers was first published in 1856 and was designed for junior subscribers and collectors. It covered the activities and lessons of the CMS in simple stories and tales and aimed to inform young readers as well as teach them. It ran until 1879, before taking a break and then being published again from 1888 to 1917. It was highly illustrated with engravings.

The Home Gazette of the Church Missionary Society began in 1905 as a periodical for laymen, as well as friends and members of the society, as a quick overview of the work being done abroad. Readers were often directed to read further on the topics covered in the CMS Review and the Gleaner to get a deeper understanding. It changed its name to the CMS Gazette in 1907, before becoming the CMS Home Gazette in 1926, after taking a break during the war period.

The Medical Mission Quarterly was begun in 1892 to communicate the actions and events surrounding the Society’s medical missions around the world. In 1896 it was decided that it would instead be published as a monthly record called Mercy and Truth. Mercy and Truth ran until 1921, when it underwent a name and design change and became The Mission Hospital. The Mission Hospital ran until 1939 when it became The Way of Healing, which was published throughout 1940 until the restriction on paper during the war meant it was combined with the CMS Outlook and Eastward Ho!. Throughout the years, these medical publications aimed to bring news and information about the medical missions to both those at home and in the mission field. Alongside Mercy and Truth ran Preaching and Healing, from 1900 to 1906, which was the printed annual report of the Medical Missions Auxiliary. It gave an annual overview of the people and work involved in medical missions for the year.

The Annual Report was a compilation of all the data on the missions currently underway for the year, the first copy in this resource dates from 1919 (under the name General View of the Missions). It was published both for CMS records and also for those at home to use in their meetings and religious gatherings, to direct sermons and prayer meetings. It contained extracts from letters and articles published in the various Society periodicals, enabling cross-referencing. It was used both to illustrate the work being done and also the work still to be done in the evangelical world, and casual readers were advised to study it to gain an understanding of the Society’s general work. It was renamed the Historical Record in 1944.

The CEZMS (Church of England Zenana Missionary Society), founded in 1880 to spread Christianity in India, published periodicals exclusively focusing on their work in India and China. Their principal periodical was India’s Women, first published in 1880, which focused on work among women by female missionaries in India. India’s Women became India’s Women and China’s Daughters in 1896, to reflect the expansion of their influence. It was a smaller and cheaper volume but covered a wider area, showing the work with women in both India and China, and was published until 1939, when it changed its name to Looking East at India’s Women and China’s Daughters and was published with a fresh design to attract more readers. This was then published until 1957, when the CEZMS merged with the CMS and the periodical was incorporated into the Outlook. Occasionally alongside these periodicals was published Daybreak, a publication on the work in the East for younger readers. Homes of the East, published from 1910-1948, contained short articles covering the work of missionaries in China, India, Singapore and Ceylon. From 1914 it included issues of Torchbearer, a periodical for readers who were too young to read Daybreak.

The work of individual mission stations in places around Japan and China were published as newsletters for that organisation or area. Among these were the Tokyo News Letter (this resource contains issues from 1910-1928) and the Fukien Star (available issues here from 1924-1925) as well as many others. These newsletters kept those within the CMS and external subscribers up to date with the activities and development of the missions and often showed the progression of the native church. Students were often heavily involved in the missionary work, as seen by titles such as The Newsletter of the CMS Central China Mission and Tokyo Student Mission. The newsletters in particular showed the changing political climate of China, with periodicals evolving to reflect the movement of work from China to the surrounding areas when restrictions were in place.